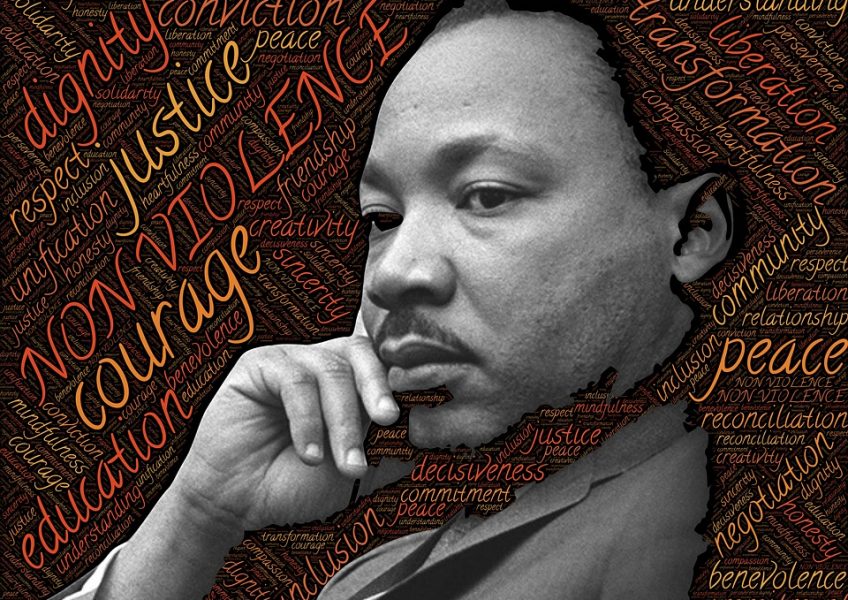 As delusional as it may seem, I hold hope that we can make the world a better place if we work together compassionately and in greater harmony.

When a song keeps playing in your head…

While preparing for Dr. Philip Zimbardo’s interview on my show discussing his Heroic Imagination Project and what he learned about human nature from his Stanford Prison Experiment, Michael Jackson’s ‘Man in the Mirror’ song has been relentlessly entering my mind. While I know it’s a strange reason to post a blog, the feelings associated with the song’s message have been so strong, I thought you might also appreciate sharing in this process and musings.

MAN IN THE MIRROR

I’m gonna make a change
For once in my life
It’s gonna feel real good
Gonna make a difference
Gonna make it right
As I turned up the collar on my favorite winter coat
This wind is blowin’ my mind
I see the kids in the street, with not enough to eat
Who am I to be blind, pretending not to see their needs
A summer’s disregard, a broken bottle top
And one man’s soul
They follow each other on the wind ya know
Cause they got nowhere to go
That’s why I want you to know

I’ve been a victim of a selfish kinda love
It’s time that I realize
There are some with no home
Not a nickel to loan
Could it be really me pretending that they’re not alone
A willow deeply scarred, somebody’s broken heart
And a washed out dream
They follow the pattern of the wind ya see
Cause they got no place to be
That’s why I’m starting with me

Prior my interview with Dr. Philip Zimbardo, the most known psychologist of our time for his prison-guard study at Stanford University, I watched the Hollywood movie based on that infamous study called ‘The Stanford Prison Experiment’ that is now available on Netflix. If you’ve seen the movie, you know how difficult it is to watch. In fact, it was so disturbing, my husband was unable to finish watching the film. It is not only a demonstration of the power of hierarchy and roles, conformity, obedience and the bystander effect, but also shows how easy it is to “create evil” by engineering certain situations and conditions. As you’ll hear more about during the interview, Dr. Zimbardo was humbled by the reality of what his study created that was an outcome he had not expected.

It should be noted that while Zimbardo said that the film was about 90% accurate, one major difference from the real study is that there was only one incident of physical violence in the actual experiment, which was addressed and stopped right away, whereas in the film it is portrayed as having been ongoing physical aggression throughout the duration of the study.

Regardless of this important detail, the psychological abuse was horrific and resulted in the two-week study having to be aborted after only six days.

COMBATTING SHAME: Behind Every Evil Act is a Human Being With The Capacity for Heroism

Over two decades ago I saw a moving news program that brought together the children of Holocaust survivors with children of parents who had served as Nazis during the Third Reich. I wish I could remember the program, but the experience of witnessing the healing between these adult children who were both living a life of pain was unforgettable.

Consistent with the story of the Golden Buddha and my clinical practice as a psychologist (and is the subject on one of my future books), under all the ugliness and bad habits of the protective ‘clay’ that we create due to life circumstances and our desire to cope with the challenges we face, there is the presence of something powerful and wondrous deep within every one of us. Sadly, once we have made mistakes in life, sometimes it can be difficult to realize that beautiful and even potentially heroic potential within us still exists. Instead, guilt and shame can take over the wheel, disempowering and disconnecting us from our inner beauty and most powerful abilities to be kind and even heroic, at times resulting in our decision to perpetuate cruelty.

With his Heroic Imagination Project, Dr. Zimbardo has taken the lead to help turn this around.

The Story of The Golden Buddha

Several years ago, Dr. Zimbardo created a non-profit organization The Heroic Imagination Project (HIP) to help teach people how to access their inner goodness (in essence their “Golden Buddha”), create positive social change and do the right thing. Being no stranger to the ever-present temptations of the darker side of life that he will share more during his interview, Zimbardo has also discovered not only more about the human capacity for heroism, but has developed a “Hero in Training” program that makes it easy for any and every person to learn how to become an Everyday Hero.

From his interview, you will hear more about the very real dangers of conformity, obedience and the bystander effect that The Heroic Imagination Project is actively addressing by promoting kindness and other pro-social behaviors to reduce bullying and other negative social influence around the globe.

Join in this revolution of kindness! 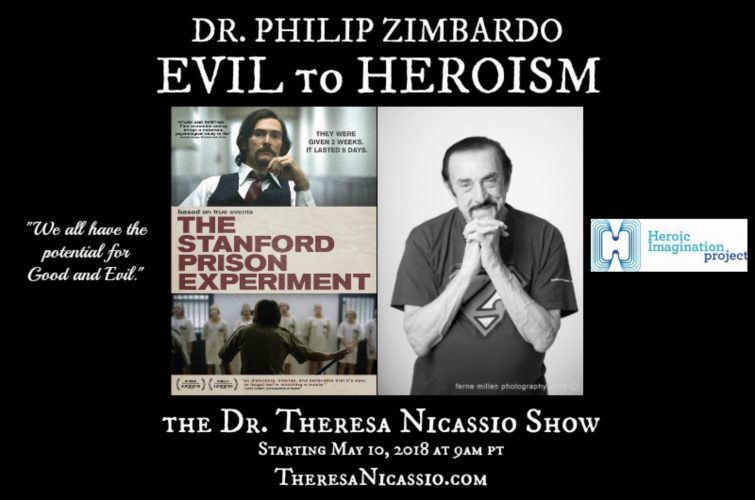 “Every man must decide whether he will walk in the light of creative altruism or in the darkness of destructive selfishness.”

A Registered Psychologist in Vancouver, Canada, Dr. Theresa Nicassio is an integrative health and wellness educator who is fiercely committed to advocating for empowerment, inclusivity, and kindness in all its forms.

Passionate about making the world a better place, Theresa contributes to social, emotional, and environmental transformation using her professional knowledge and personal experiences for the betterment of society and the planet.

“If self-reliance and radical kindness are subversive… count me in!”

Dr. Theresa Nicassio is a registered psychologist who is a health and wellness educator, a kindness advocate, radio show host, and the award-winning author of YUM: Plant-Based Recipes for a Gluten-Free Diet.