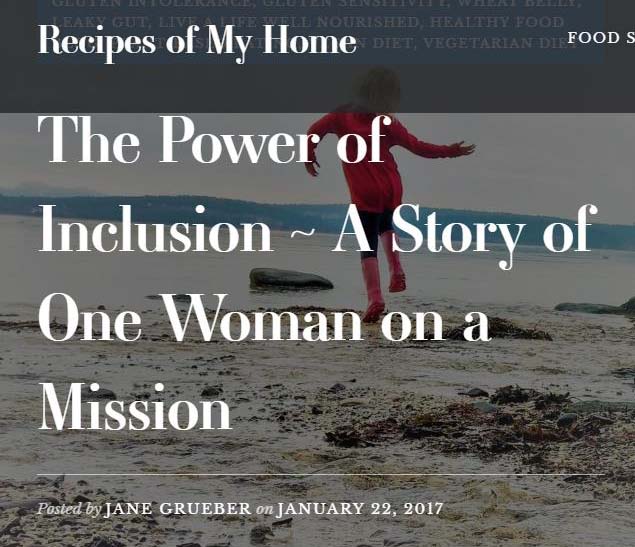 INCLUSION: The Seed of Mattering

I began my graduate training to be a psychologist starting way back in 1986. It was a time time of plenty, not long before the biggest and long-standing economic decline in my lifetime began. I received the opportunity to attend The Ohio State University, under the supervision of Dr. Samuel Osipow in the then reputable Counseling Psychology Program in the Department of Psychology. Without even realizing it, the value of inclusion that characterized the very fabric of the program was something that I simply took for granted. The curriculum had a strong “scientist-practitioner” model guiding it, however what really stands out for me in hindsight was how progressive the program was in terms of instilling the responsibility of each of us in our profession to use our knowledge and training to make a positive difference in the world.

… what really stands out for me in hindsight was how progressive the program was in terms of instilling the responsibility of each of us in our profession to use our knowledge and training to make a positive difference in the world.

CELEBRATING Diversity, Instead of “Tolerating” or “Accepting” Differences

“Celebrating diversity”… not “tolerating” or “accepting” differences, but actually embracing the beauty of the rainbow of our uniqueness was simply an understood norm. Learning about the history of gender roles and expectations, hardships and discrimination of those with disabilities, as well as the realities of ethnic and cultural minorities, not to mention anyone who did not live in accordance with the hetero-sexist lifestyle, were concerns our entire community of students and professors were deeply concerned about. We were sensitized in both the macro- and the micro- applications of our training as psychologists to not just be placid kindhearted therapists, but to be agents of change in a more profound way. It was only later when I entered the big world outside of the walls of that deeply compassionate program that I realized the preciousness and uniqueness of the community and education that I had the opportunity to be a part of.

After finishing my pre-doctoral internship program at UC Davis, under the brilliant leadership of none other than Dr. Emil Rodolfa, I carried on my merry way, relishing in following the path that I was on, first in Las Vegas and then up to Vancouver Canada where I’ve been since. While there is much I could share with you about the journey that took many turns and curves along the way, I’d instead like to fast-forward to where we are now and why this message of inclusion and kindness has again become so pronounced for me.

Why Exclusion Has Become A Bigger Problem In Recent Years

You see, while the challenges associated with discrimination (aka “exclusion”) and even misogyny were clearly present back in the 80’s, the fact that we were living in such seemingly rich times helped offset a lot of the meanness that naturally intensifies when resources become more scarce. It is during times of greater scarcity that greed and exclusion become commonplace, which we have seen repeated in history more than a few times. Questions start to be raised about WHO is worthy of the few resources and WHO IS NOT? These political and geographic questions ultimately “trickle-down” to the masses impacting how individuals treat other individuals on the micro level.

When everyone is trying to get their piece of the pie and there is not enough pie to go around, the mean-spirited and even cruel behaviour of the human species can become more pronounced and even viewed as acceptable by a growing number of people, with the most common expression of this meanness being expressed in the form of EXCLUSION.

Exclusion Is The Most Common Form of Bullying

Not surprisingly, exclusion is the most common form of bullying. Those who are privileged with healthy minds, bodies, and financial resources tend to rise to the top, while those who are less resourced or who are perhaps of the less privileged gender, have a different skin colour or sexual orientation or presentation, or who are not equipped with the same cognitive or physical capacities as others are the first to be marginalized and excluded. I feel called to speak to this basic tendency of human nature especially now because the tolerance of exclusion in our society is at, or perhaps has now already exceeded, its threshold. The water has broken as the massive international Women’s March a couple of weeks ago demonstrated.

On a global scale, the implications and impact of complacency and marginalization have been so great that even those who once believed that their voice did not matter are realizing that EVERY VOICE MATTERS. This is very good news. The other good news is that in many ways the solution is so darned simple—that solution being a commitment to INCLUSION.

As this story reflects, my passion for inclusion goes way back, actually traceable for me since grade 2, when I first began reading books about the Black-American experience and books about the Holocaust and its survivors. Yes, I was a strange kid reading this sort of weighty material at such a young age, but in all of my readings and reflections, what was most riveting to me from even those earliest of days was the power of the human spirit.

Given this deep understanding of the importance of inclusion that has been the driving force of most of my life and was unleashed into the mainstream with the release of my multi-award-winning book YUM, you can imagine how moved I was when I learned that Vancouver Island “Recipes of My Home” blogger Jane Grueber informed me that she had written an article about my life’s mission & the real impact and inspiration she has experienced and witnessed from it. She called the article “The Power of Inclusion” where she beautifully captured much of the essence of the positively-oriented inclusive paradigm that I have so passionately been cultivating throughout my life.

At the most core level, the vision is simply that the more we can be kind, compassionate and inclusive, we can counter the negative “trickle-down” effect of fear and scarcity-thinking. In its place, we can allow our shared vision for humanity to be nourished and guided by the positive energy of love and by the light that is so clearly offering to nurture us.

Do You Have A Question Or Topic You’d Like Me To Address?

Ask Dr. Theresa questions about health, psychology, life, food, parenting, wellness and whatever else you need advice on.

The “Because You Asked” radio show segment was inspired by the plethora of questions friends and followers have been asking me since the YUM Project began. I can’t begin to tell you how moved I have been by the droves of email inquiries, social media messages, phone calls and in-person questions YUM and my speaking engagements have prompted!  With such a demand, it will be terrific to be able to offer my reflections and information to an even broader audience.

If you have any topics or questions that you would like me to address, I’d love to hear from you!